From the nation’s leading law firm representing victims of salmonella and other foodborne illness outbreaks.

What is Salmonella and how does it cause food poisoning?

The term Salmonella refers to a specific group of gram-negative bacteria with the potential to cause gastrointestinal distress and other illness (i.e. salmonellosis) in humans. 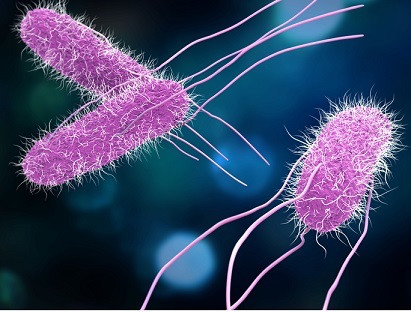 Salmonellae are widely distributed in nature and are found in the intestinal tract of wild and domesticated animals and in humans. Salmonella poisoning can occur when a person ingests contaminated fecal particles transmitted by another infected human or animal.

Looking at 2000-2008 U.S. data collected by the CDC, among the causes of death from 31 major foodborne pathogens, 64% were bacterial, 25% parasitic, and 12% viral. Overall, Salmonella infections accounted for the highest proportion of deaths (28%)—ahead of Toxoplasma gondii (24%), Listeria monocytogenes (19%), and norovirus (11%). Salmonellosis is largely preventable and is one of the few etiologies for which testing is widely available throughout the world.

There are two Salmonella species: Salmonella enterica (S. enterica) and Salmonella bongori (S. bongori). S. bongori strains predominantly colonize cold-blooded reptiles, whereas S. enterica strains are capable of infecting both humans and mammals. Based on factors such as morphology, structure, mode of reproduction, and other criteria, the two species are further classified into subgroups called serotypes or serovars. More than 2,600 serotypes have been described for Salmonella, and they are characterized by the type(s) of animal they are found in or by the clinical symptoms they cause. Of these, less than 100 are responsible for most human Salmonella infections.

Different serotypes tend to be associated with particular routes of infection. Nontyphoidal strains cause self-limiting, localized infection, while typhoidal strains cause systemic illness. Typhoidal strains encompass S. enterica serovars Typhi and Paratyphi. Typhoid illness has a clinical presentation characterized by headache, fever, and transient diarrhea or constipation that can lead to systemic sequelae and persistent infection in the respiratory, digestive, or nephrology (urinary tract) systems if left untreated.

The Incidence of Salmonella Infections