By Bill Marler on January 02, 2020 in Salmonella Legal Cases 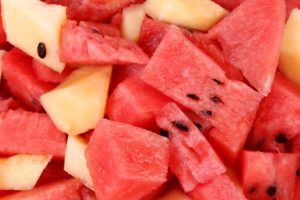 Illnesses were reported from states where Tailor Cut Produce distributes, including Pennsylvania, New York City, New Jersey, and Delaware. Ill people from other states reported traveling to these states in the week before their illness started.

Since the last update on December 11, 85 additional ill people have been reported from 11 states.

These illnesses started during the same time period as the illnesses reported on December 11, but were not confirmed as part of the outbreak at that time.

Epidemiologic and traceback evidence indicate that cut fruit, including honeydew melon, cantaloupe, pineapple, and grapes, produced by Tailor Cut Produce of North Brunswick, New Jersey, is a likely source of this outbreak.